LIONS AND TIGERS AND BEARS, OH MY!

Did I date myself with the Wizard of Oz reference?

Well, no bears but everything else.

Even before my daughter attended a school that required volunteer hours, I felt it important for her to participate in community work.  Many of our kids are quite entitled these days, and trying her hand at grueling farm work was an understanding I wanted her to experience.

One idea I had was to volunteer on an organic farm.  I decided to grab a friend and daughter to make it a fun weekend as we drove to Tampa.

So the girls didn’t feel they would just be farming at six in the morning, which was an experience to pull carrots, trim arugula, collards, and pull kohlrabi, we planned some other activities.

We went to Big Cat Rescue. I was unaware as I watched the documentary last year “Tiger King” on Netflix that I was there during the drama they were encountering. The place was huge, informative, and really neat to visit.

I saw a black panther up close.  I had no idea they weren't completely black.  They have spots like a cheetah just beneath their coat.  If you look closely at the picture, you’ll see. 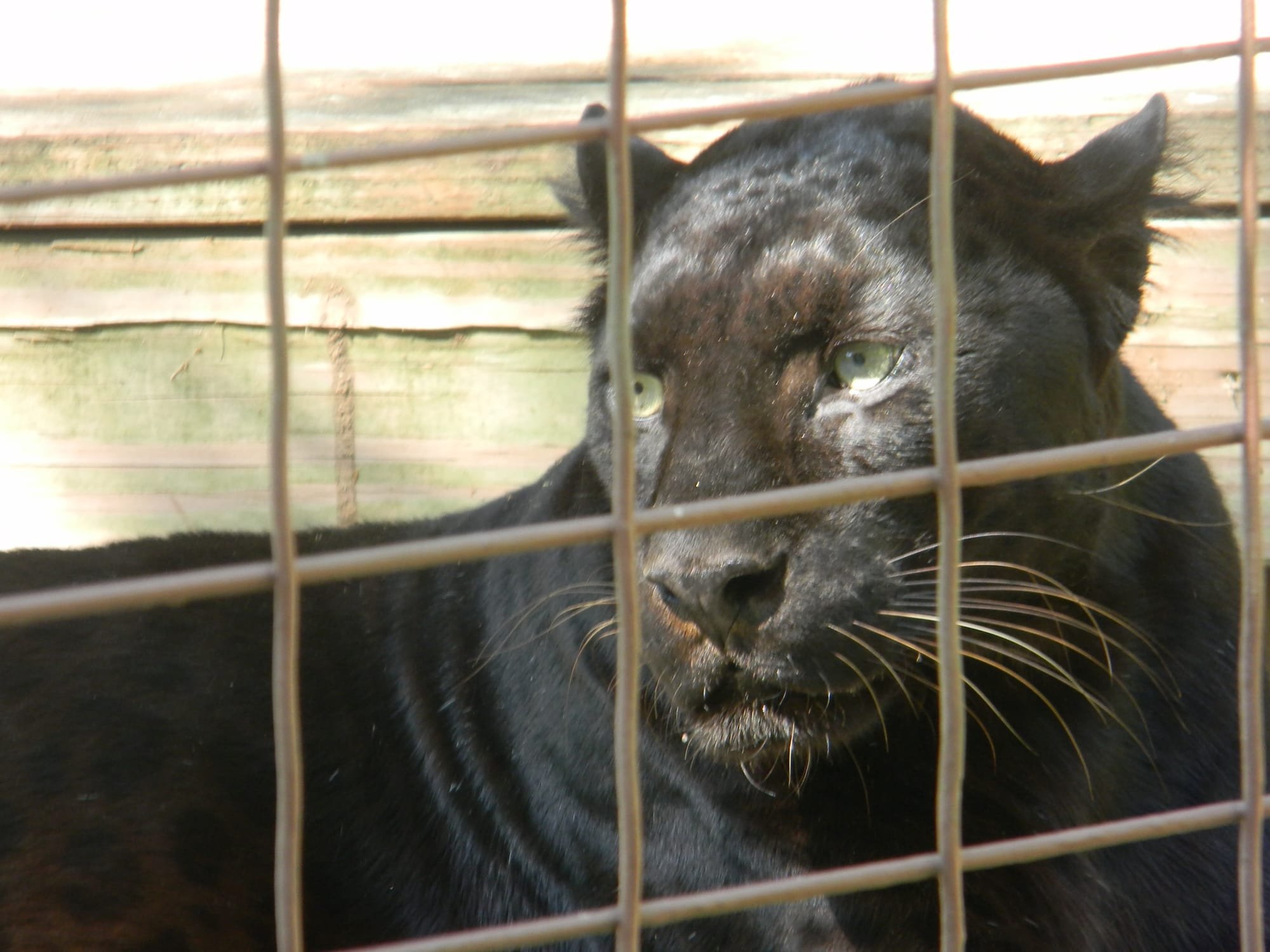 The “cages” weren’t as the competition described in the documentary.

The property had a system with moveable compartments, like a maze or labyrinth of fences, which allowed for even more wide-open spaces and the cats were on a schedule for that extra play area.

One of the most fascinating aspects was the story behind the cats. Most were confiscated from owners; some were drug dealers (surprisingly the majority from the Midwest). The owners generally had these large animals chained to a garage, or were given regular cat food; I was baffled by that. If you’re a drug dealer and can afford to smuggle in or buy an exotic cat, you meant to tell me that you can’t afford $10,000 a year to feed it? How much are you spending on Meow Mix to satisfy a tiger? 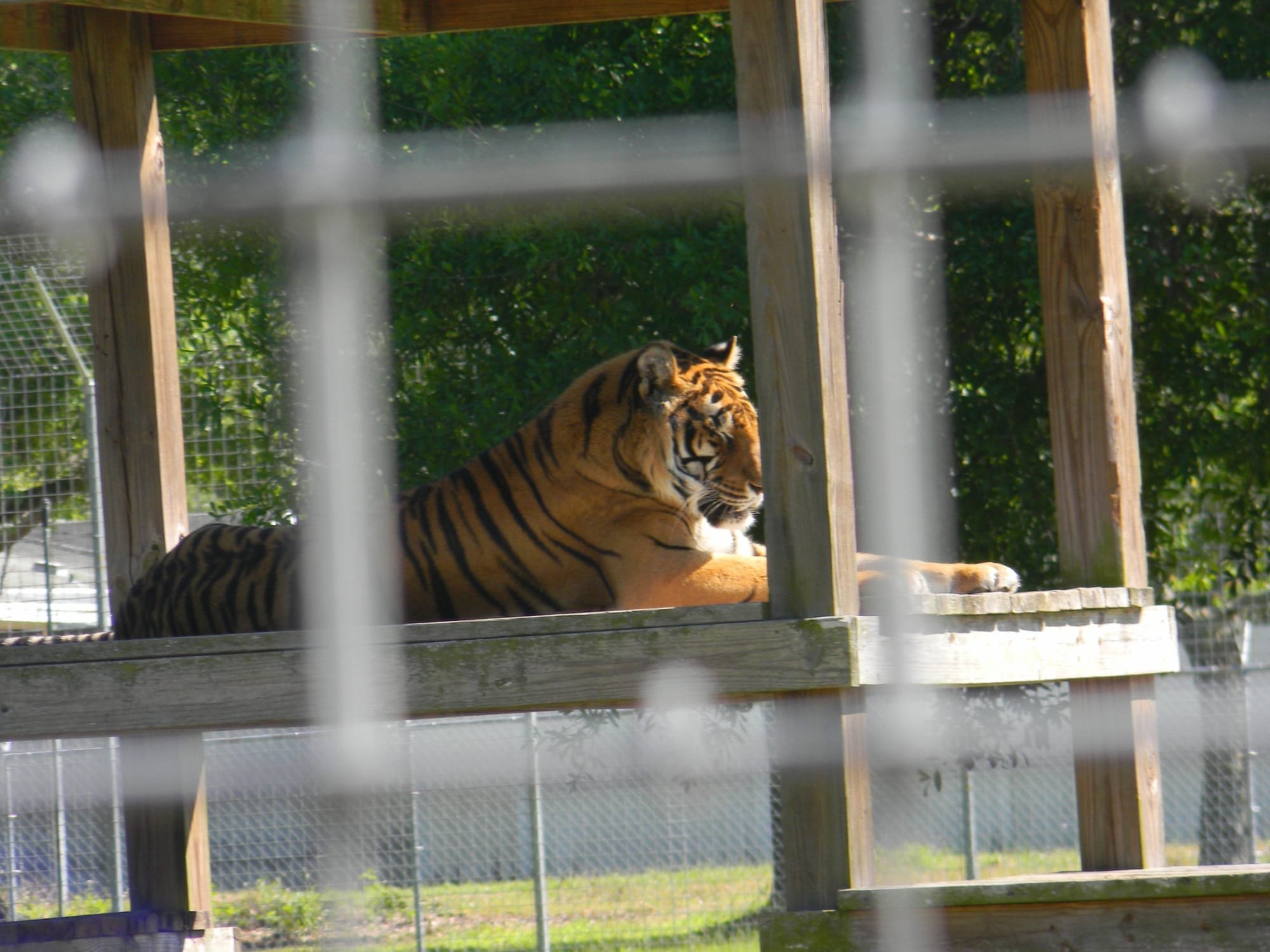 Anyway, there were other stories of owners making their cat vegetarian match their own preferences, others trying to play off a bobcat as a regular old house cat…

How did that conversation go?

"Never mind the paws the size of salad plates, that's just Patch, he was a stray..." 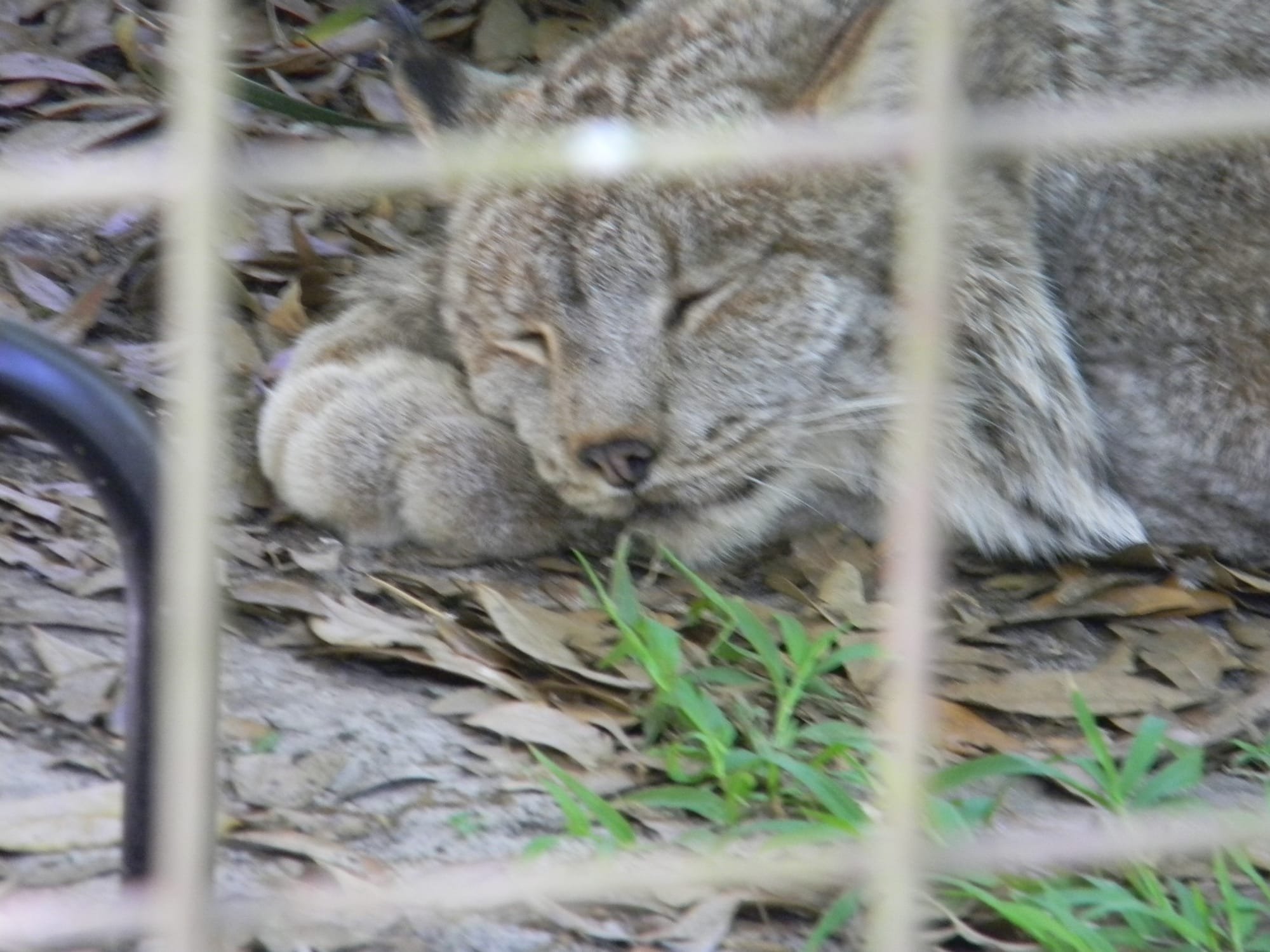 You can still plan a trip on the wild side, even if it's not feasible right now.

Gathering ideas and notes is a proactive way to organize vacation/weekend activities, because for now you may only be able to make it to a zoo, a rescue, or wolf sanctuary.  It's not the serengeti, but how awesome will it be to grab a mixed bag of friends, ease on down the road and experience a journey?

Why in the world didn't some of these cat owners do some planning on costs and the journey of owning a large wild animal beforehand anyway? Good grief.

tampa weekend trips local activities
What to you NEED for a Caribbean Holiday?
IMAGINE YOUR NEXT VACATION
ARE YOU THE TYPE TO TRY CAMEL MILK OR...?
Comments